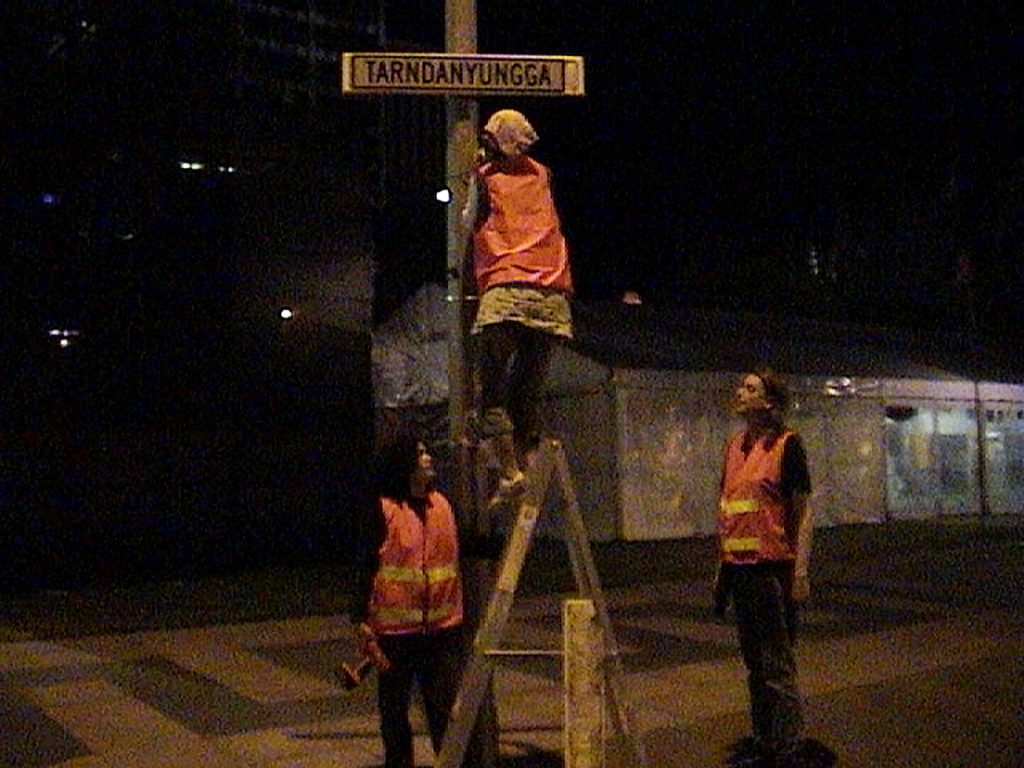 Local citizens had been requesting/demanding that the city council dual-name Victoria Square with its local aboriginal counterpart “Tarndanyungga.” (Dual naming has recently become a fairly standard Australian social policy). The council neither refused nor consented. Frustrated by this situation, it was decided by the tribal Elders, local activists, and a variety of concerned parties that the square would be renamed by direct action. Street signs reading “Tarndanyungga” were contracted and made by the same company that manufactured the signs for the city of Adelaide, and the Public Art Action Coalition (PAAC ) was formed. The group changed 10 of the 20 signs marking Victoria Square, thus dual-naming it. A press release was sent to the local newspaper explaining the position of PAAC, which was cheerfully printed. Public response was mostly positive. However, the council had the signs removed, and left blank the wood plaques to which the signs were fixed. Eventually, the old Victoria Square signs were returned to their original site. However, for an unknown reason, the square was officially dual-named just a couple of months after the action. PAAC likes to believe that it had some influence over this sudden change of policy.