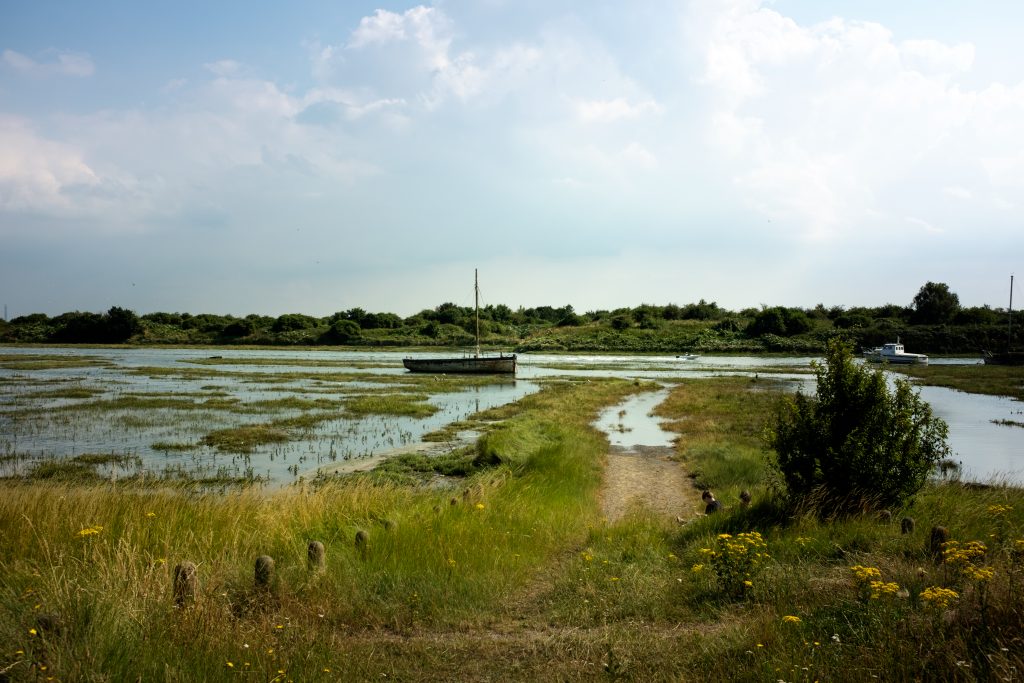 Graveyard of Lost Species is a temporary monument by artists YoHa and Critical Art Ensemble, commissioned by Arts Catalyst. The collaborative project celebrates the local tradition of wrecking boats on the salt marsh which in turn act as a concrete but decaying memory of what has passed. Graveyard of Lost Species records and acknowledges wildlife, marine creatures, people, livelihoods, fishing methods, landmarks, mythologies, and local dialects that once flourished in the Thames Estuary and are now absent. 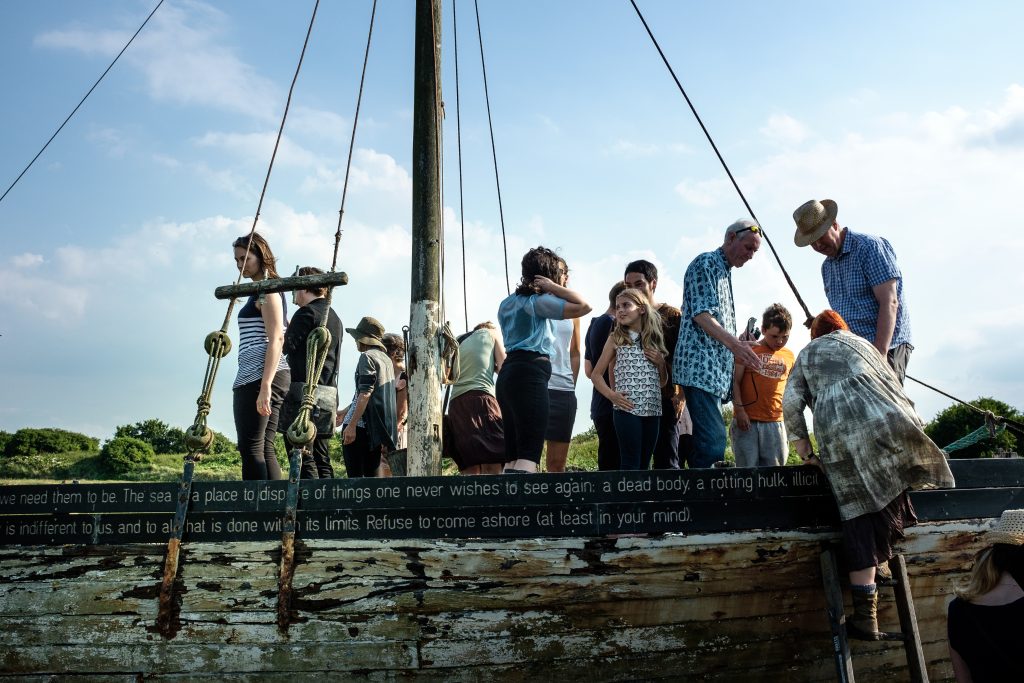 Beginning in 2014, the artists led a series of enquiries, meetings, and events with people in Leigh-on-Sea and Southend to gather local knowledge of and expertise about these “lost species.” From this research, a public territory of memory was created with a local wrecked fishing boat, the Souvenir—a forty-foot, twelve-ton Thames bawley, handbuilt in 1935 as part of the sailorman tradition of the swatchways. The Souvenir belongs to Ian Slater, who, after struggling to maintain it for years, generously gave it up to Leigh Marsh. 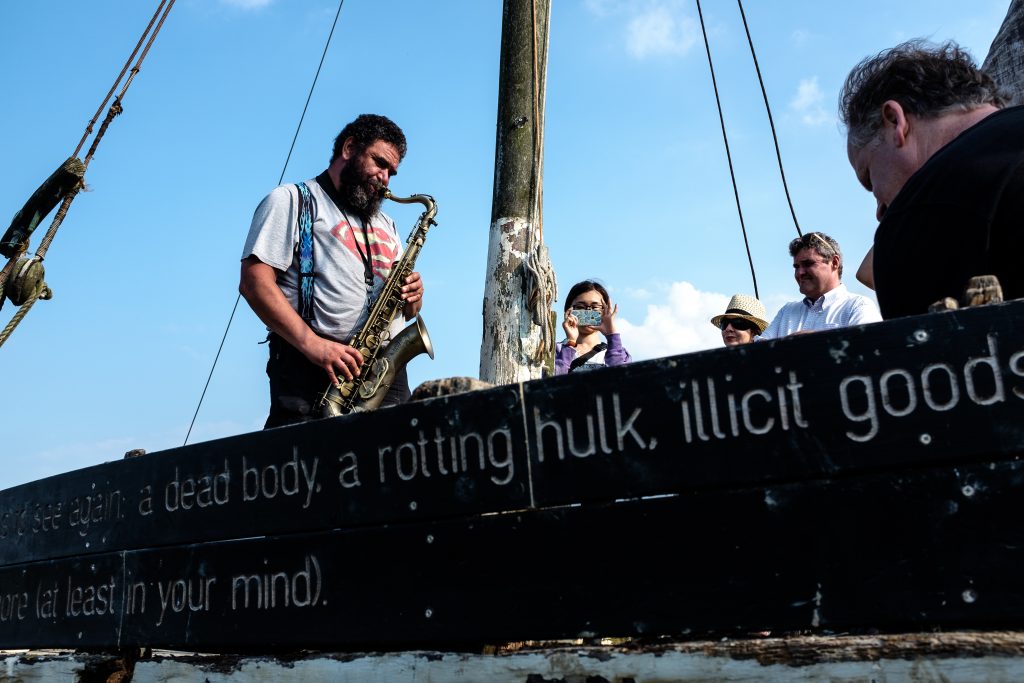 Here are the names of the disappeared that haunt the Thames Estuary, presented for those who know, and for others to wonder.

What those who live here tell us, we believe. We enjoy confusion between aesthetics and fact.

We have pursued unreliable memories in all their misalignments and fragmentations.

We have uncovered many ways to think about the estuary, and all of them are true.

We are humbled by reams of common sense grounded in a lifetime of toil on the mud, the marsh, and the foreshore, made possible by all the forgotten fishermen’s wives who live among us.

As “acceptable loss” fuels public amnesia on the road of “progress,” we recall the dead, the lost, and the annihilated, to reconstitute them as significant—not in any objective sense, but as we need them to be.

At the end of the land is the sea. It has no roads. Rules relax.

The estuary is indifferent to us, and to all that is done within its limits.

Refuse to come ashore (at least in your mind). 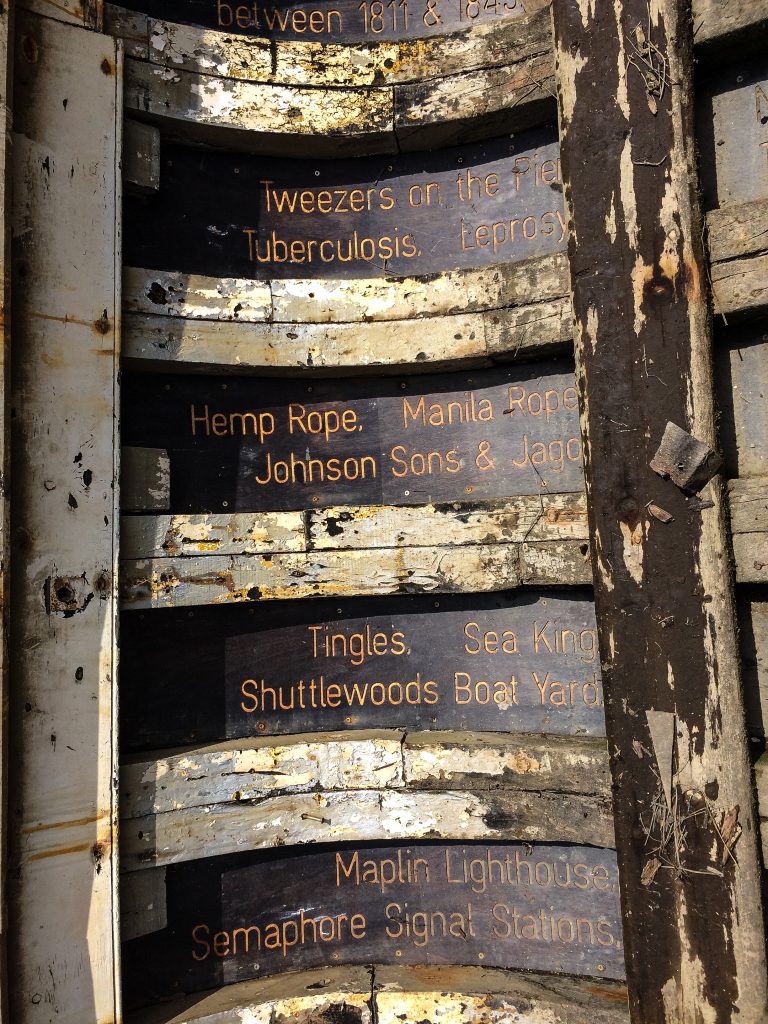 The Missing, Disappeared, Evicted, and Extinct
(carved into the hull and upper deck) 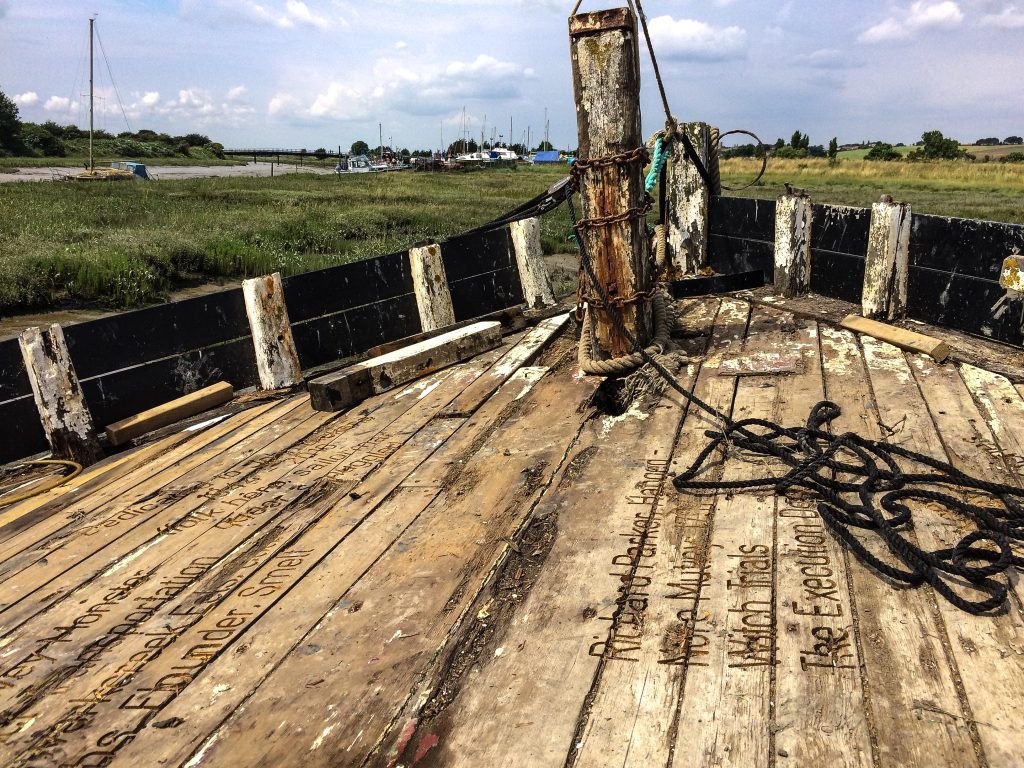 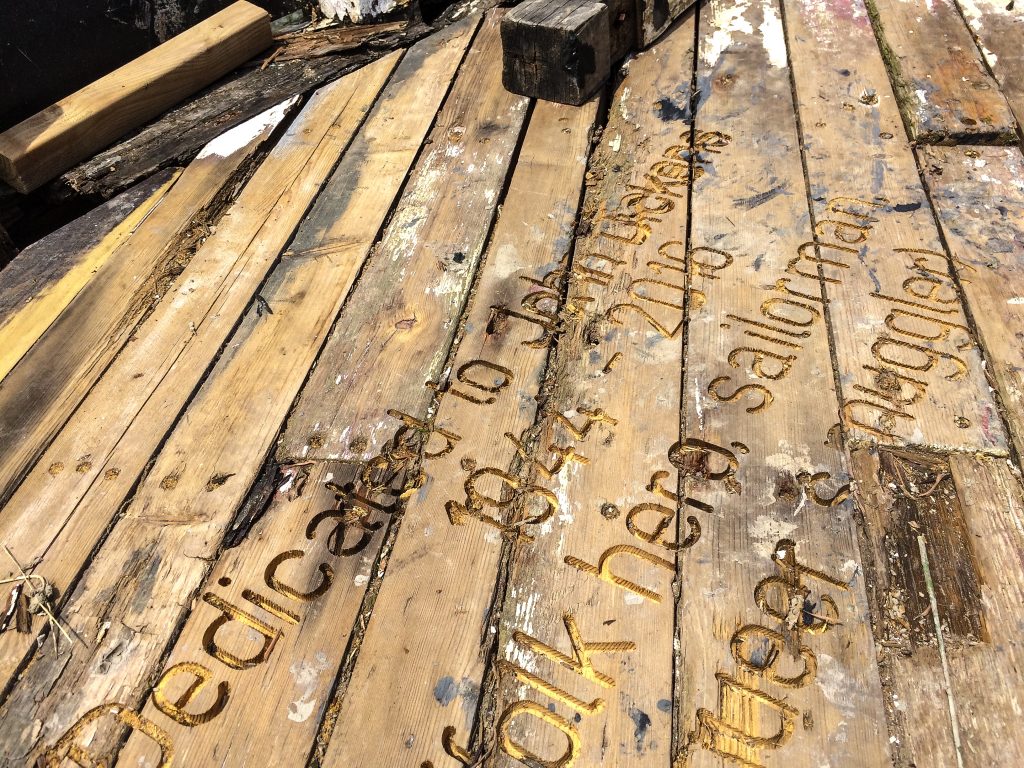