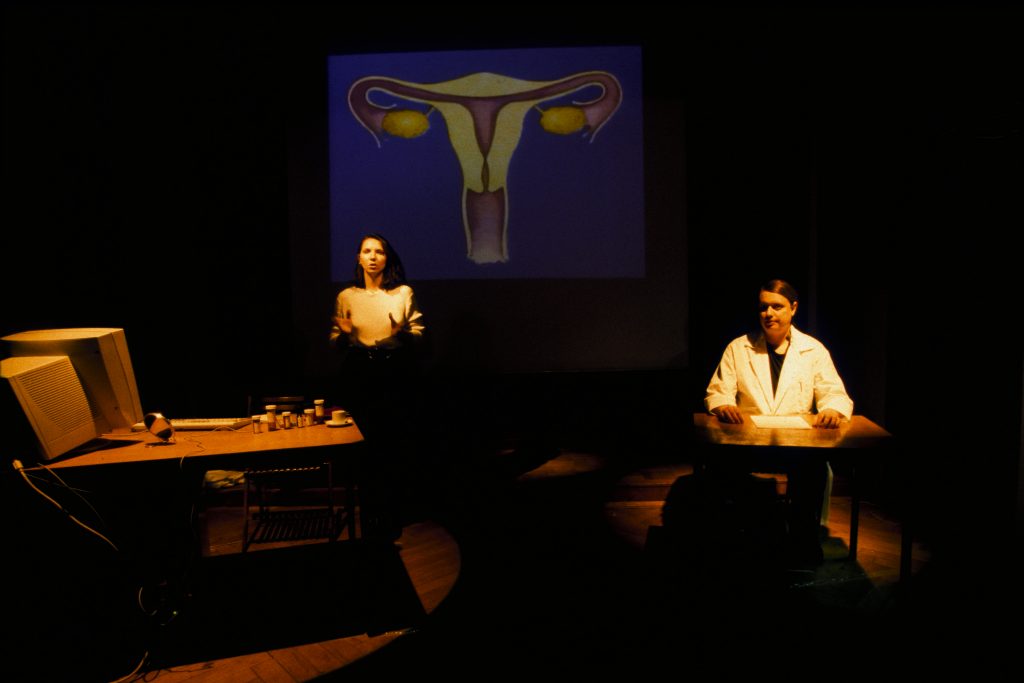 This live performative project attempted to simulate bio-class divisions in the flesh economy. By live testing the suitability of participants to pass on their genes through a “donor program”, CAE revealed the latent residue of eugenics in the fertility market. This performance also brought the scientific processes of reproductive technology into the public domain.

Eugenics never died after its failed implementation during the early portion of the 20th Century. It has merely been lying dormant until the social conditions for its deployment were more hospitable. Why would it disappear? Eugenics is a perfect complement to the capitalist political-economic imperative of authoritarian control through increased rationalization of culture. Why should the body or the gene pool be sacrosanct? Like a city, a factory, or any other construction of culture, these phenomena can be molded, enhanced, and directed to fit the dominant values of a culture, so that they might efficiently progress into the future. Eugenics, however, is still waiting on the margins of the social, partly because the first wave had a conspiratorial aura about it. Once eugenics was associated with Nazi social policy, it was perceived as a top-down manifestation of social intervention and control that reflected the values of a fascist ruling class, and which negated democratic principles of choice. Eugenics is also still waiting in the wings because medical science did not have the methods and technology to efficiently implement eugenic policy during its first wave (eugenic policy could only be carried out by mandatory sterilization, selective breeding, and genocide). Not until medical science began to radically improve its interventionist practices (particularly on the microlevel) after World War II did all the various sectors of culture face a crisis concerning the limits of organic intervention. While the public could accept intervention in the process of dying, intervention in the process of birth was suspect. To inscribe the body as a machinic system that could be repaired or maintained through medical and scientific tinkering was (and is) perfectly fine, as long as medical science does not attempt to appropriate the role of creator. For example, to biologically support the immune system through vaccinations that strengthen the organic system can only be perceived as desirable and well worth voluntarily acquiring in a secular society, while creating a new and improved immune system through genetic intervention is not so desirable (at least not yet). The goals for eugenicists thus became finding a way to import the spirit of voluntarism associated with interventions designed to maintain life into those used to create it; and, discovering how to construct the perception that the body, as a machinic system that can be repaired, maintained, and purified through medical intervention, can also be improved through genetic intervention. 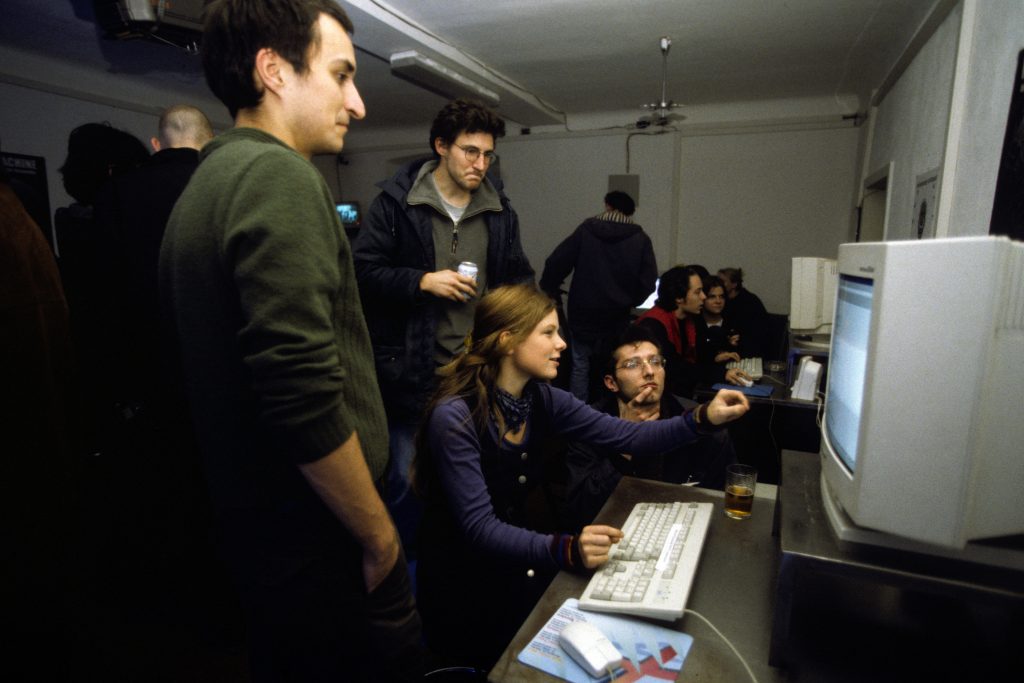 Project visitors at the Vienna event use the BioCom CD-ROM. Participants take donor screening tests and gather information on reproductive technology. On the CD, viewers can view factual data on in vitro fertilization (IVF) treatment, new methods for assisted reproduction, egg and sperm donor profiles, and even take a donor screening test themselves. There is also a family page documenting a couple going through IVF. Underneath all the spectacle, there is a critical subtext aimed at directing the viewer toward a more skeptical view of the utopian presentation. 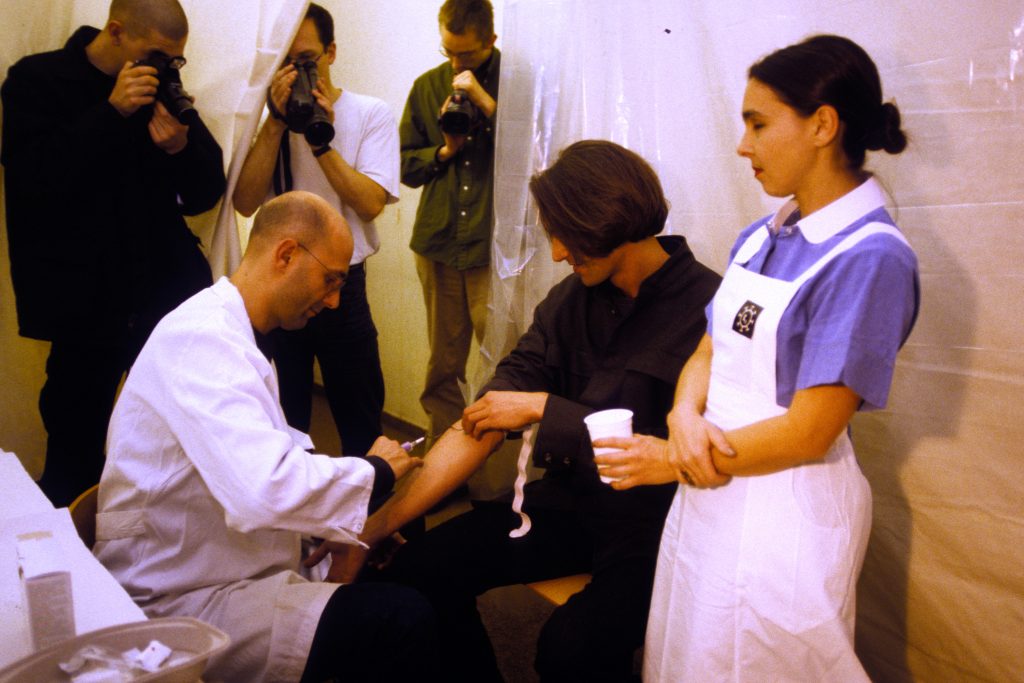 Those who pass the donor screening test are asked to give blood for DNA extraction and amplification. 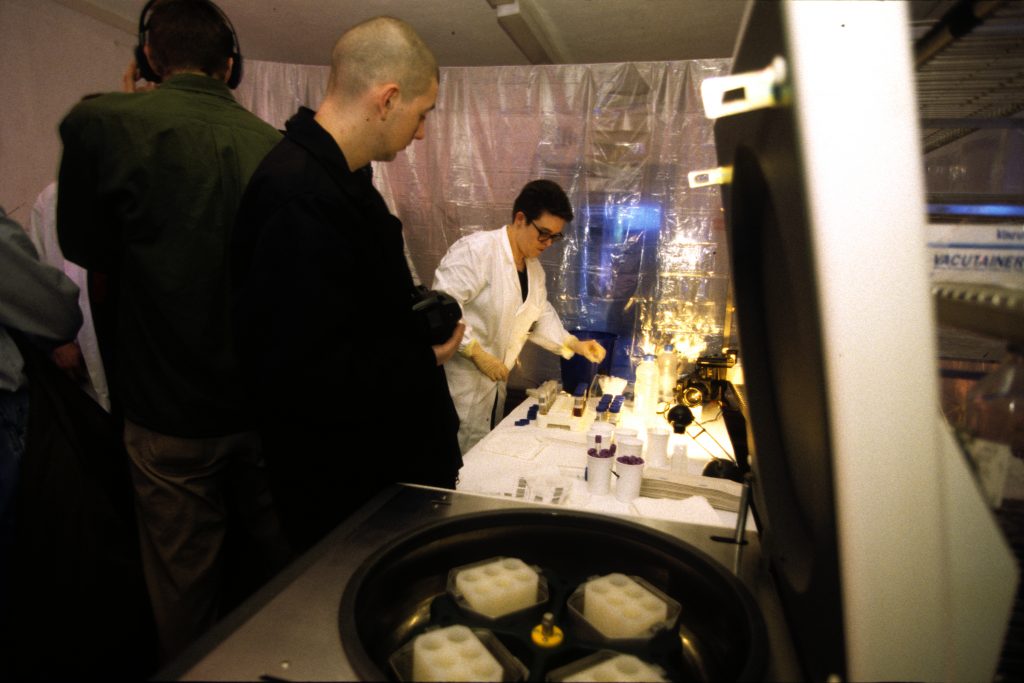 DNA is amplified at an on-site lab. 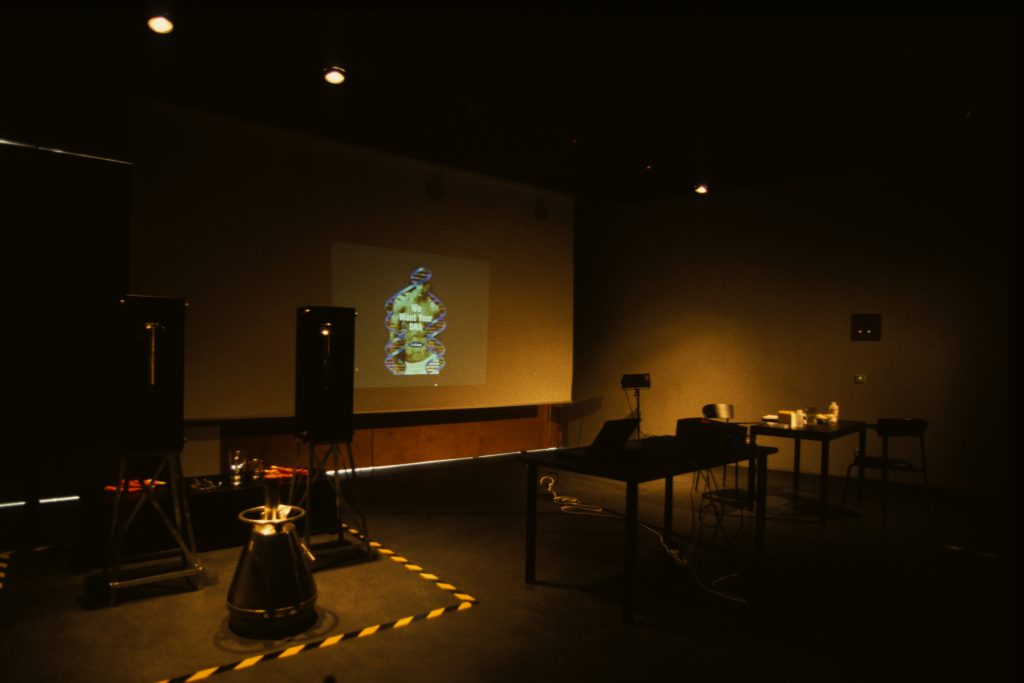 At the on-site cryopreservation lab, cell samples are taken for flash freezing. A cross-media profile of an individual’s genetic representations is constructed (consisting of cell samples, DNA samples, a donor profile test, and a photograph of the donor). Participants can then assess the potential value of their bodies as commodities, and hence their place in the new genetic market economy.