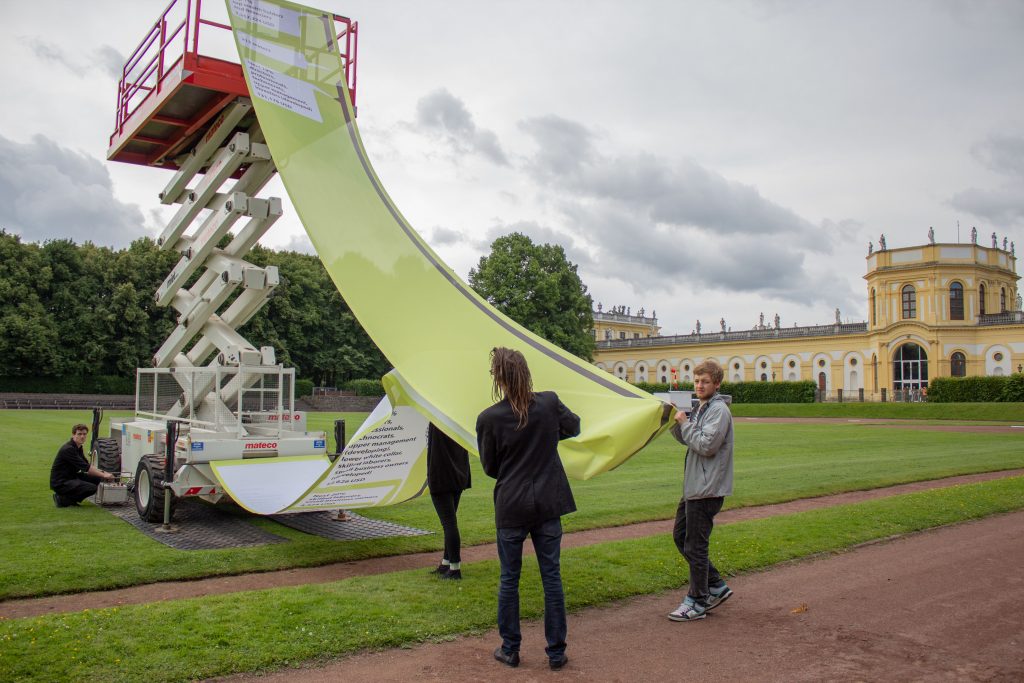 CAE transforms statistical data on global economic inequality into an embodied spatial experience. Using a helicopter, participants are lifted to hover at a height that allows them to visualize the economic separation of the top 1% from the bottom 99%.

CAE first envisioned this project in 1992, at the end of the Reagan/ Thatcher era and the first wave of neoliberalism, when it had become clear that the great redistribution of wealth in favor of the richest people was continuing at full intensity. Working somewhat against the grain at the height of identity politics in progressive discourse, we wanted to examine economic class relations in the US. Our original idea was to inscribe a skyscraper with economic data that would allow viewers to visualize in concrete terms the vast economic separation of the wealthy from the grand majority of citizens. While the proportional wealth of the bottom 80 percent could be inscribed on the first floor, the building’s rooftop observation deck could function as an inscription site for the top quintile, and would allow people to look down and visualize economic separation as spatial separation. As time wore on and economic division grew wider, we came to realize that very few skyscrapers in the US were tall enough to act as indices of class wealth. Eventually, we gave the project idea to Hans Ulrich Obrist for his book Unbuilt Roads, which documented a variety of compelling but seemingly impossible projects by artists, and shelved any hopes of actually doing the monument. 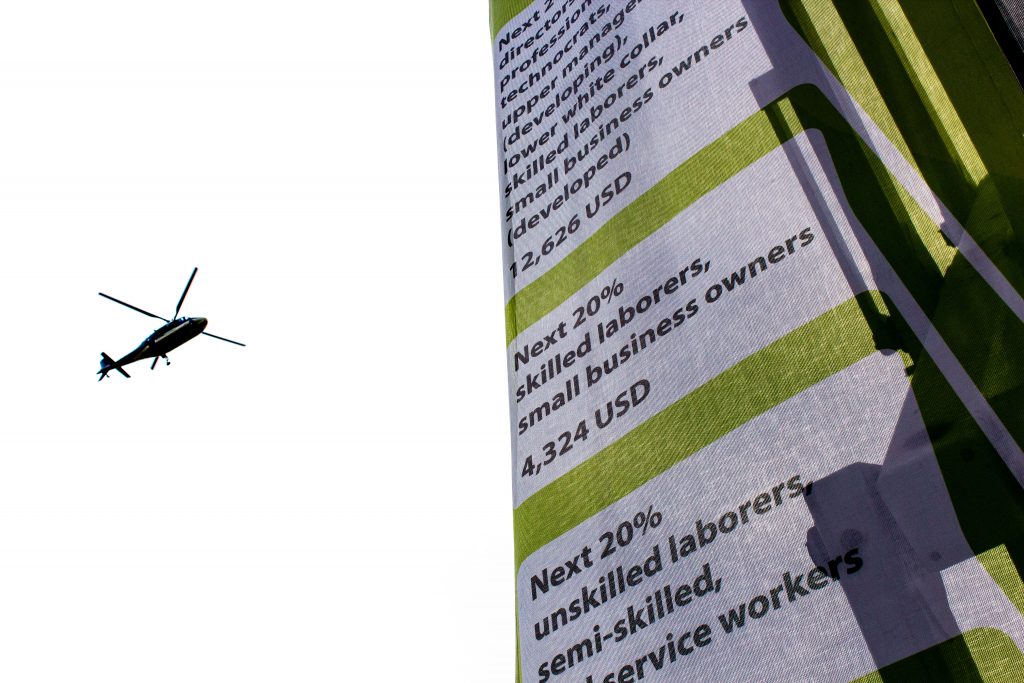 In spring of 2010, CAE began a negotiation to do a project at the Pacific Northwest College of Art and Design. The curator, Mack McFarland, was very open to radical experiments in overtly political cultural production, so we pulled this project off the shelf. Even though we couldn’t logistically find a way to do the project at that time, an important element was added to it over the course of these conversations: We would use a hot air balloon to take people up to the heights beyond the skyscrapers.
From the beginning, CAE knew it was important for people to look down at the distance. While the objective distances from the bottom to the top and from the top to the bottom are equal, they are profoundly different on a phenomenological level. Subjectively, an object—in this case a building—does not seem as tall when seen from the ground, while safely anchored to the earth, as it does when looking down, surrounded by sky. By changing the perspective, proportionality and spatial familiarity are radically altered, and distance becomes understood in a more affective, embodied way. In this manner, we knew we could take the abstractions of large statistical numbers, and transform them into an embodied, visual, and spatial experience in the world. 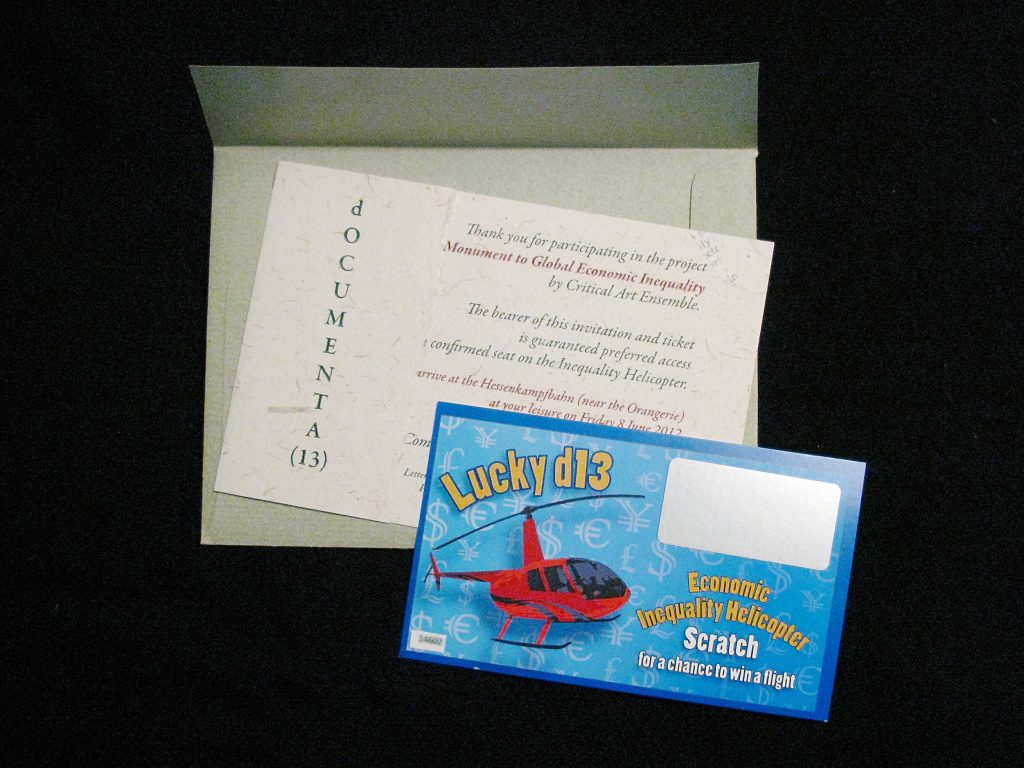 The final part of this narrative occurred in spring 2011 when we pitched the balloon idea to Carolyn Christov-Bakargiev during our interview for dOCUMENTA (13). We believed Carolyn would fully understand the concept, would have one foot far enough out of the mainstream to appreciate it, and would have enough spare cash to fund it. These predictions turned out to be true, and as that year turned into the year of austerity in Europe and brought the emergence of Occupy Wall Street in the US, the timing seemed right. But it was not to be. We had not done enough homework on hot air balloons. As it turns out, they are not easy to control; they are very particular about flying conditions, and we could only get a few people up over the course of their possible flying time. CAE had to devise a Plan B very quickly, and that is when we proposed the helicopter. The wealth of 99 percent of individuals in the global population could be proportionately represented within fifteen meters, while the helicopter could lift people to the height of 225 meters (740 feet) that represented the wealth of individuals who make up the 1 percent. This choice not only turned out to be functional, it also productively exploded our focused concept. The helicopter is one of the key symbols of neoliberalism, given its connections to neo-imperial military invasion and adventurism, state surveillance, and to a variety of pollutants. Numerous discourse trajectories soon became part of the project, all of them intimately connected to economic inequality.
The final problem to solve was deciding who should go up in the helicopter. We thought we may as well reflect the current social conditions in the same way we were reflecting the economic ones. In that spirit, we made limited-edition, printed invitations that guaranteed priority seating and sold for 200 euros to those who could afford them. For the rest, they could play a scratch-off lottery ticket with a one-in-fifty chance of winning (not bad odds for lotto). These tickets sold for one coin of any denomination from any currency. Over the ten-hour duration of this performance, a number of wealthy collectors flew up in the helicopter along with plenty of lotto winners. The project was received with a fairly equal balance of love (particularly from those who participated) and hate, but no indifference. Most of the hate came from those who couldn’t take the deafening noise of the helicopter, which unceasingly disturbed the dOCUMENTA grounds. It was partly for this reason that we chose to do the action on preview day, which is reserved for press, collectors, donors, sponsors, and their guests. To the many locals we also annoyed, we offer a standing apology. 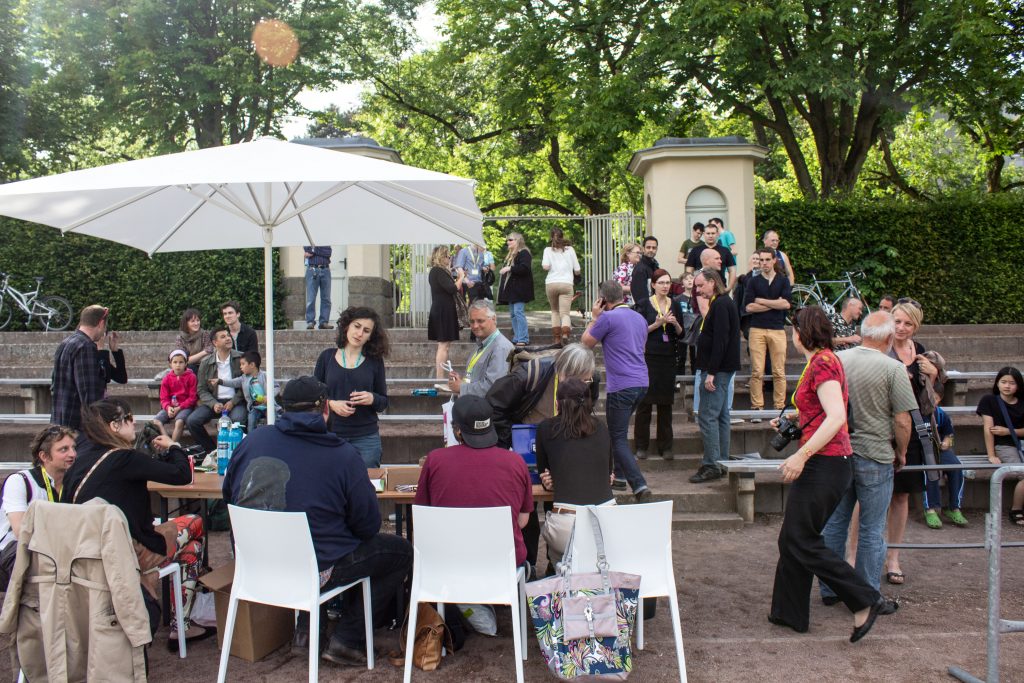 The walkways to the helicopter waiting area 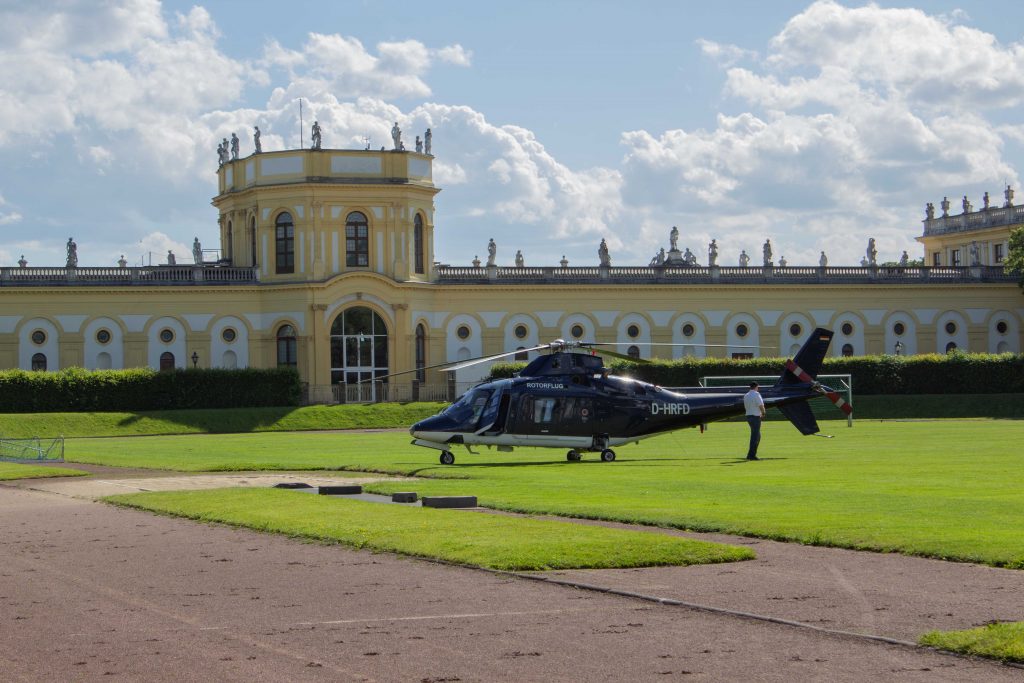 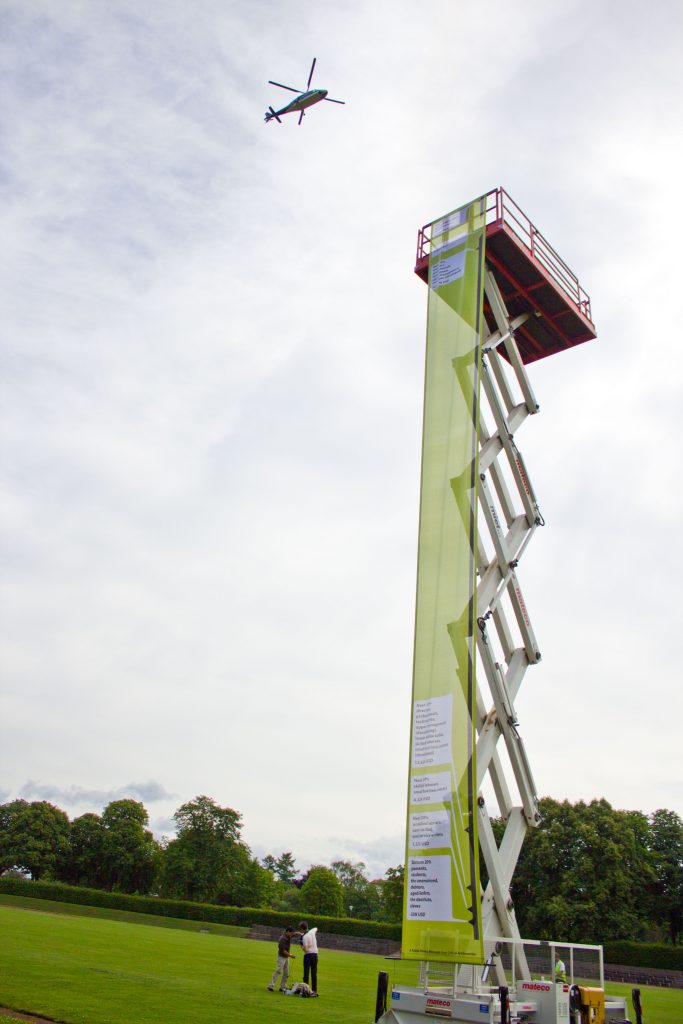